You are here: Home / Articles / Sweet music must continue 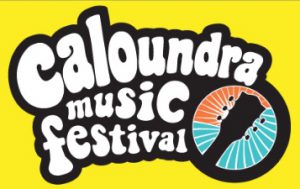 Sunshine Coast Regional Council has raised concerns over the cost of the event and the dates set for next year’s festival prompting the Chamber to plead with Council to continue their support.

‘’It’s imperative that the music festival continues to be supported by Council and the local business community,’’ Mr McArdle said.

‘’This is an event that brings enormous benefits to the region for not only the tourism industry but all local businesses.’’

Mr McArdle said the event, in its sixth year, recorded an attendance of more than 20,000 people and boosted accommodation records up to 25 per cent.

‘’This event puts Caloundra on the map attracting visitors from not only interstate but overseas,’’ he said.

‘’I urge all businesses and the community to fight for their festival.’’

Caloundra Chamber of Commerce tourism chair Bill Darby, said it was important the community got behind the festival to make sure Caloundra gets its fair share from Council.

‘’Council in many ways has a Maroochy focus, if they began to respect a lot of the decisions that were developed by the former Caloundra City Council local rate payers wouldn’t feel that they’re constantly missing out,’’ he said.

‘’This event is without a doubt the most important tourism event for the area and the whole Sunshine Coast tourism community.’’

Milan and Himanshu have  been visiting me since February, and have finally convinced me to sign up to Solar Energy. I don't rush into … END_OF_DOCUMENT_TOKEN_TO_BE_REPLACED

Graig is often complemented by shoppers about the quality of his bread which is handmade, "the old fashion way like I was taught many … END_OF_DOCUMENT_TOKEN_TO_BE_REPLACED

For all of our followers who run local businesses:  Your … END_OF_DOCUMENT_TOKEN_TO_BE_REPLACED

What should we write about next? You might have noticed … END_OF_DOCUMENT_TOKEN_TO_BE_REPLACED

How to Promote your business and information You can … END_OF_DOCUMENT_TOKEN_TO_BE_REPLACED