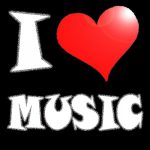 Love Music? why not join the Glasshouse Muso Club.

We have the Musos Club coming up next Thursday October 25 at Beerwah RSL, and it is a theme night –  Songs that changed the world! Come along and sing us songs that reflect this theme for you. Was Redgum’s I was only 19, or Dylan’s The times they are a changing one of them, or perhaps Paul Kelly’s From little things big things grow or Helen Reddy’s I am woman*? Performers and lovers of song are welcome to join us for this special night.

The theme was inspired by a program with a title similar to this which appeared on Radio National recently. It discussed the role that popular music played in the 60s, heralding the dramatic changes taking place in western society at the time.  Songs mentioned include those of Dylan and the Kinks’ “Well respected man”, the Rolling Stones’ “Under my thumb” and songs from the Who amongst others. I’m sure we could come up with our own list, and not just from the 60’s. Yours might even include songs that changed your world!

As always “theme nights” are treated very loosely and we welcome anyone to get up and do their own thing – and yes, I am sure that song you have just written might just change the world! Give it it’s first airing with us.

*I mention Helen Reddy’s I am woman, as it was a song that provided a voice for many woman at the time.  Here is an excerpt from Wikipedia on that very song:

Reddy’s stardom was consolidated when her single “I Am Woman” reached #1 on the Billboard Hot 100 in December 1972. The song was co-written by Reddy with Ray Burton; Reddy has attributed the impetus for writing “I Am Woman” and her early awareness of the women’s movement to expatriate Australian rock critic and pioneer feminist Lillian Roxon. Reddy is quoted in Fred Bronson’s The Billboard Book of Number One Hits as saying that she was looking for songs to record which reflected the positive self-image she had gained from joining the women’s movement, but could not find any, so “I realized that the song I was looking for didn’t exist, and I was going to have to write it myself. “I Am Woman” was recorded and released in May 1972. but barely dented the charts in its initial release. However, female listeners soon adopted the song as an anthem and began requesting it from their local radio stations in droves, resulting in its September chart re-entry and eventual #1 hit status. “I Am Woman” earned a Grammy Award for Best Female Pop Vocal Performance; at the awards ceremony, Reddy concluded her acceptance speech by famously thanking God “because She makes everything possible”. The success of “I am Woman” made Reddy the first native of Australia to top the US charts and also to win a Grammy.

What do you like about Beerwah, or its adjoining centres for that matter, but this article is about Beerwah, and particularly what it … END_OF_DOCUMENT_TOKEN_TO_BE_REPLACED

Julie from V8 Supercuts in Beerwah Julie cutting hair early on Saturday Morning.  Although Jules has been cutting hair in Beerwah for … END_OF_DOCUMENT_TOKEN_TO_BE_REPLACED

Local triathlete Damien Collins is set for an age group win at the 2015 Hawaiian Ironman Triathlon. Damien is a 'local hero' and … END_OF_DOCUMENT_TOKEN_TO_BE_REPLACED

Beerwah.com is always looking for new and fresh content. … END_OF_DOCUMENT_TOKEN_TO_BE_REPLACED