You are here: Home / Articles / Meet the Trade: Scott Mountain from Mountain Auto Electrics in Beerwah

Scotts’ ability to diagnose and repair almost anything mechanical, has won him a loyal following of regular customers, from Beerwah and the surrounding region. It’s both a tribute to Scott, and also common knowledge amongst the trade, that if you have a ‘tricky and complex‘ mechanical or air conditioning problem, then Scott’s probably the man mostly likely to help you solve it.

Scott’s a popular local who first moved to Beerwah with his family when he was 15, and later went on to complete his Mechanical and Diesel Apprenticeship at Woodlands in Beerwah. Scott later chose to join his father, Alan Mountain, and manage Mountain Auto Electrics, where he has been for the past 20 years. 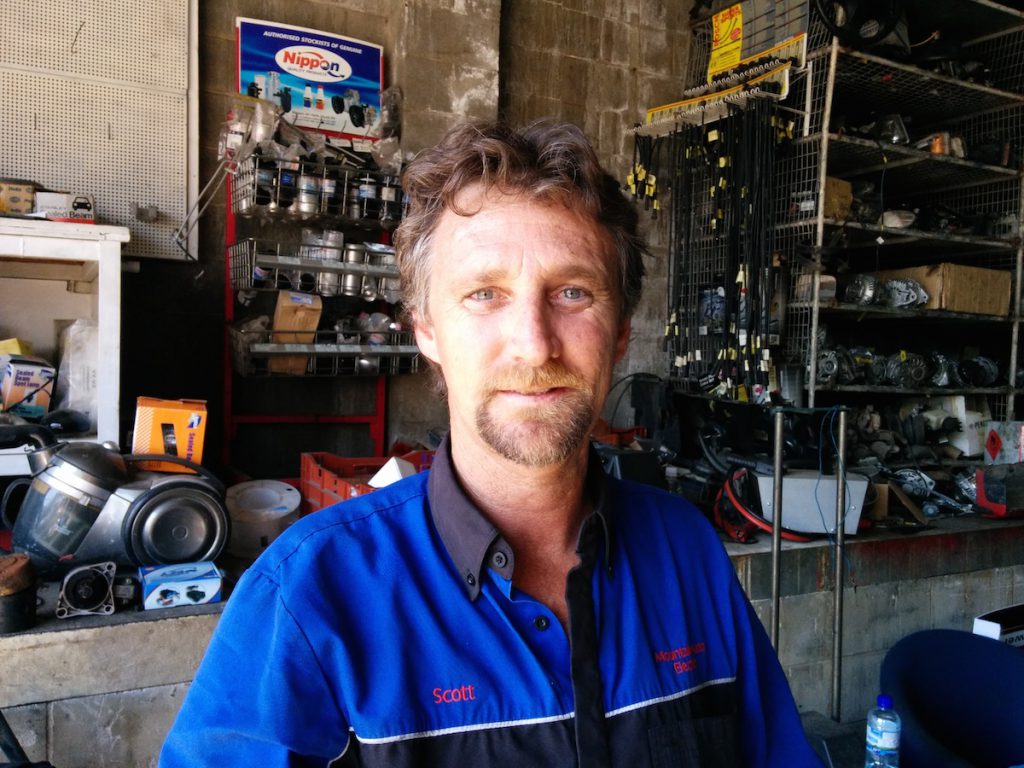 Scott is helped by his wife Min, and together they manage and run Mountain Auto Electrics. In more recent times they have been joined by their son Cody, who sometimes lends a hand when he is not too busy with his school based apprenticeship.

If you are looking for someone friendly and reliable, who can service and fix Air Conditioners, Starter Motors, Alternators, as well as provide roadworthy’s and batteries, as well as solve the most complex electrical faults, then you’ll want to get in early with Scott.

Milan and Himanshu have  been visiting me since February, and have finally convinced me to sign up to Solar Energy. I don't rush into … END_OF_DOCUMENT_TOKEN_TO_BE_REPLACED

Scotts' ability to diagnose and repair almost anything mechanical, has won him a loyal following of regular customers, from Beerwah and … END_OF_DOCUMENT_TOKEN_TO_BE_REPLACED

What do you like about Beerwah? The Community Spirit, We've lived here for a long time Its a close to everything, it's close to the … END_OF_DOCUMENT_TOKEN_TO_BE_REPLACED

Meet Teghan from Peachester who is doing some great things in the Performing Arts in Peachester and in the Glass House Mountains, … END_OF_DOCUMENT_TOKEN_TO_BE_REPLACED

Beerwah.com is always looking for new and fresh content. … END_OF_DOCUMENT_TOKEN_TO_BE_REPLACED