You are here: Home / Articles / The Town of Beerburrum

THE QUAINT VILLAGE OF BEERBURRUM

The name ‘Beerburrum’ was obtained from the nearby mountain, Mt. Beerburrum. Mt. Beerburrum is part of the famous Glasshouse Mountain range. The famous navigator, Matthew Flinders, climbed this landmark in 1802, while circumnavigating the island continent that would come to be known as Australia. The indigenous Kabi tribe were the first inhabitants of Beerburrum, and provided its name. In their language, bir means green parrot and burru , mountain.

What many people do not know is that Mt. Beerburrum was once an active volcano, but its glory are over…it hasn’t erupted for thousands of years. So the residents live in relative peace and safety. At the summit of Mt. Beerburrum, a lofty 276 metres above sea level, is a weather station and fire tower. Many visitors climb the mountain every weekend to bathe in a beautiful 360-degree panorama that extends for 100 kilometres on a clear day. Beware though…a climb to the summit is not a gentle walk in the park. The pathway up the mountain is, for the majority of the time, at a steep 45 to 50-degree angle, so take a good pair of walking shoes and plenty of water. The view is worth the effort, however.

The history of Beerburrum is quite intriguing and not well known. Nearing the conclusion of the First World War, the small town was to participate in the soldier resettlement scheme for the troops who returned from their service. About 500 blocks of land were assigned to the returned diggers. 437 of them accepted the terms and then hastened the growth of the towns we now live in along the railway line north of Brisbane.

There are quite a number of artifacts and sites of this heritage, such as Anzac Avenue, the Avenue of Trees and the WWI graveyard, in Beerburrum, to visit, with ample signs showing the way and providing more information. Much of this wonderful attraction can be found, starting from Beerburrum State School. It’s a not a huge place, so you can’t get lost, but does make for a wonderful morning or afternoon walk. If you get hungry or thirsty, the local takeaway and convenience store has everything you could want. One attraction which isn’t highlighted much any more is the old Beerburrum Hospital. It’s now a privately owned residence. However, it can be easily recognised from its red brick coloured roof and wooden exterior along Beerburrum Road.

Finally, although Beerburrum is a small town, it does boast some robust agricultural industries such as pineapples, small crops, strawberries and dairy. A beautiful place to visit and a wonderful home to live in, Beerburrum is certainly well worth exploring.
Beerburrum has a long history of association with both World Wars I and World War II, because of the military camps located in Beerburrum and also because of the Soldier Settlement Scheme which was introduced and offered returning WWI diggers a block of land each. About 500 blocks were allocated and 437 servicemen took up parcels of land.

Beerburrum boasts The Interpertive signage around the town, includes photographs and help explain association with the war, more recently Beerburrum is unfotunately being cut up into smaller estate blocks

Beerburrum unfortunately has a lot of mosquitos, which come up the passage from Bribie Island.

The Avenue of Trees was planted in 1920

Graig is often complemented by shoppers about the quality of his bread which is handmade, "the old fashion way like I was taught many … END_OF_DOCUMENT_TOKEN_TO_BE_REPLACED 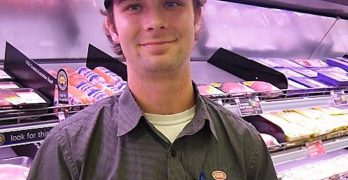 Meet the local IGA Butcher Kris Allen who comes from a family with a strong history of retail service. Following in his siblings … END_OF_DOCUMENT_TOKEN_TO_BE_REPLACED

Would you like some free advertising for you business or … END_OF_DOCUMENT_TOKEN_TO_BE_REPLACED

For all of our followers who run local businesses:  Your … END_OF_DOCUMENT_TOKEN_TO_BE_REPLACED