You are here: Home / Articles / Where is the Glasshouse Country?

The Glasshouse Country is a term used to describe the towns and landscape situated in and around the Glasshouse Mountains of Queensland Australia. 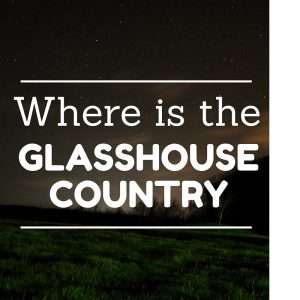 The Glasshouse Country towns include not only the railway towns of Beerburrum, Beerwah, Glasshouse Mountains, Landsborough and Mooloolah, which developed only the Cobb & Co in the late 1800’s, but also includes the Towns of Peachester and Maleny which are situated slightly higher, along the BlackAll mountain range, which over looks the Glasshouse Mountains. This region is sometime referred to as the Sunshine Coast Hinterland.

The Town Beerwah is the one town in this region which as been labeled by the Sunshine Coast Council as centre of strategic growth and increased activity.

The Sunshine Coast’s Hinterland is a growing, thriving area which has many attractive benefits including the railway to Brisbane, Glasshouse Mountains, and an easy 20 minute drive to the beaches of Mooloolaba and Caloundra.

Graig is often complemented by shoppers about the quality of his bread which is handmade, "the old fashion way like I was taught many … END_OF_DOCUMENT_TOKEN_TO_BE_REPLACED

Meet Miller Wilson, our very own local hero who's gone to Hollywood to appear on an American TV Network as a special guest. There will … END_OF_DOCUMENT_TOKEN_TO_BE_REPLACED

Eric Smith from Beerwah Cycles has been helping the local community with all their cycling needs since 2007, and it's wonderful to see … END_OF_DOCUMENT_TOKEN_TO_BE_REPLACED

How to Promote your business and information You can … END_OF_DOCUMENT_TOKEN_TO_BE_REPLACED