You are here: Home / Articles / Music on the Sunshine Coast

Music on the Sunshine Coast 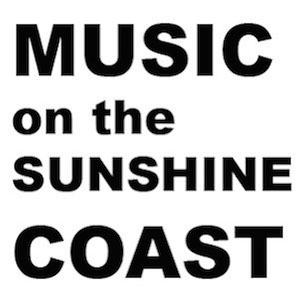 Imagine what could be possible if the local population were fully aware of the venues and options available to local musicians and creatives on the Sunshine Coast?

Every performer needs venues to perform in and this article offers a list of “music friendly” venues on the Sunshine Coast, Hinterland and Glasshouse Country, where music lovers can get their music ‘home grown or imported’ and a local musician might more easily get their ‘foot in the door’ or make their first appearance.

Pulling together: BUILDING a supportive and inclusive music culture in the sunshine coast, glasshouse and hinterland areas

If music is the living breathing expression of any community, then the Sunshine Coast as a community is certainly alive and well, although, like any living thing, it could benefit from a greater sense of freedom and unity.

This article explores what’s out there and what’s possible, for the music lovers and ‘believers’ and the soul of the coast!
The Sunshine Coast and adjoining areas are bursting with musical talent and gradually new venues and outlets for local music are emerging, thanks to the courage and commitment of loyal locals.

What if the local population actually left the comfort and safety of their home entertainment precincts and ventured out into the exciting world of unpredictability and creative expression that waits in our music venues? Just one per cent of local participation would create a renaissance of performing arts on the coast. But why stop there?

The artists, whether recognised or unknown, who make their home on the Sunshine Coast and work on their craft, sharing their music, often for sheer enjoyment or the pleasure of their audiences. Probably one of the greatest manifestations of human self-expression is the capacity to create or originate, common human trait. often with little or no remuneration, despite the hours of rehearsal, expense of instruments and equipment and other costs associated with purchasing food and beverages.

Finally, there are the punters, the listeners, who make it all worthwhile. While performers also make good audience members, the pay-off for any real performer is the response of an engaged audience who value the art which they themselves may not be able to produce. To share something that might not otherwise exist, but for its creator, is indeed a gift.

Make no mistake, there are some loyal venue managers and owners who, for years, have put a mix of locals and imports on their stages, sometimes at cost to their businesses. From the ‘big end of town’; the civic centres such as Noosa’s J, the Nambour Civic Centre and Caloundra’s Events Centre to the cosy café’s like the Coffee and Tea Merchants in Glasshouse or Kenny’s in Mooloolah, music is flowing.

Stalwart supporters of live music such as Maroochydore’s SolBar, the hotels (Palmwoods, Woombye, The Imperial and Joe’s Waterhole in Eumundi, just to name a few) and the string of Surf Clubs and RSLs, ensure that all manner of bands, solo artists, duos and singers are providing an entertaining mix for music lovers nearly every day and night of the week.

But how could we make it better? Just imagine if every time they opened their doors the punters were asking, ‘Who’s playing tonight?’ Just imagine if those same punters who are happy to pay $100 or more to see some national or international act were willing to put $5 in the hat for a local artist. It only takes a few dozen to make it a viable evening for a struggling muso. Why don’t we do that?

Send information about your local music venue or scene, band and I will add you, your band or the venue to this directory.

Debby Parsons is one example of the many doing a fantastic job supporting our young up-and-coming musicians on the Sunshine Coast. On almost any week of the month, Debbie has put together a evening when young talent can gather at a venue and perform live in an “Open Mic” environment. Debbie hosts and manages “Sunshine Coast’s Got Young Talent” at three different venues on the Sunshine Coast. These are family events designed to give children, and and students, an opportunity to perform to a very welcoming audience. Each performer (act) receives a free meal. The 3 locations are Beach House Bar and Grill, Maroochydore, Cafe Le Monde Noosa, and Caloundra Surf Club. Debbie  also hosts an adults open mic at The Alex Bar and Grill, Alexandra Headland every Thursday night. – check the facebook page for up to date information.

Michael runs the Glasshouse Musos which offers an opportunity for musicians and entertainers to publically perform, meet their peers and develop their skills in a friendly non competitive environment. Performers can either elect on the night, or book beforehand, to play for 10 to 20 minutes. They meet at the Coffee and Tea Merchants, 1094 Steve Irwin Way, Glasshouse Mtns from 1 – 4pm on the 2nd and 4th Sundays, and at the Eudlo Hall, Rosebed st, Eudlo,  from 1 – 4pm on the 1st Sunday of the month  Along with the music meals and drinks are available. There is no door charge. The have had well over 200 different acts at the Musos and provide good quality sound for the artists, and encourage all styles of entertainment, but with an emphasis on folk, blues, world, jazz, improvisation, country, bluegrass and theatre music though to poetry recitation!

And have a look at the informative website for an introduction to the well over 200 acts that have performed there!  www.glasshousemusos.com.au

Michael is also underway with the planning for a new music festival for the Glasshouse area. It is early days yet but he likes the name Glasshouse Mountains Unplugged Music and Arts FestivalOr Unplugged for short. The name is a play on the idea of the volcanic plugs which the mountains are examples of, and also as it would be largely an acoustic music festival. (Well…folk music of various world traditions alongside blues, jazz, country, bluegrass, choirs, solo acoustic artists…and even “classical” music.) Do get in touch with Michael at mwhiticker@me.com if you think you’d like to be involved in assisting with the development of this festival as he is looking for others who might like to play an active role.

Organisations and Venues promoting music on the Sunshine Coast

The Circle of Sound is a great way for young musicians to prepare for larger venues on the Sunshine Coast, with a free drink and a meal  for each performer or act, a great place to prepare for your leap into the music scene.

FortyFive 51 has been supporting live music in Caloundra since it opened in 2010. Playing live music four nights a week, it’s a place where quite a few Sunshine Coast musicians have gotten their start.
Competitions and Events

Emmanuel Christian College: This school hosts a well organised Talent Competition, as part of its ??,  The talent section is separated into 3 heats over 2 weekends

The Solbar host Wednesday nights at the Solbar which start at about 8pm and provide a professional set up unrivalled on the coast. Combined with the loving and supporting vibes of all those musos every week, these nights have The Solbar often have open mic evenings please be sure check http://solbar.com.au

Music Shops on the Coast and Hinterland

Shake it up Music – Nambour

An abundance of Facebook groups, clubs, and pages and events have also been set up supporting the arts and music on the Sunshine Coast. Some examples include; Coast Muso’s Gig Guide, Sunshine Coast Blues Club, House With No Walls
Some of the Restaurants and Venues Supporting Live Music on the Sunny Coast

The Wharf Tavern in Mooloolaba

We feel that it’s a great idea to support venues which support live music.

Sharkies Leagues club in Caloundra on Friday nights 7-9pm (2×45 minute sets) solo or duo acoustic acts ($150!!!!!) All you gotta do is supply your own sound gear and equipment, If you are interested contact Samantha at 0449060970

Open Mics on the Sunshine Coast

The Circle of Sound

Sunday’s @ The Factory 5-late showcasing up and coming artists from across the coast, all ages -18 must be under parental supervision

We look forward to seeing you at one of these evening events or at one of the talent quests for days and evenings of excellent competition and entertainment. We hope this article and list of Muso events will help young musicians on the sunshine coast, and we hope you will check them out and continue to 2015  If we have left any one out, please let us know in the comments below

Thank you, have fun and all and see you at some of these venue.

Please add to the Comments at the end of the document.

Local triathlete Damien Collins is set for an age group win at the 2015 Hawaiian Ironman Triathlon. Damien is a 'local hero' and … END_OF_DOCUMENT_TOKEN_TO_BE_REPLACED

Eric Smith from Beerwah Cycles has been helping the local community with all their cycling needs since 2007, and it's wonderful to see … END_OF_DOCUMENT_TOKEN_TO_BE_REPLACED

What do you like about Beerwah, or its adjoining centres for that matter, but this article is about Beerwah, and particularly what it … END_OF_DOCUMENT_TOKEN_TO_BE_REPLACED

How to Promote your business and information You can … END_OF_DOCUMENT_TOKEN_TO_BE_REPLACED

Would you like some free advertising for you business or … END_OF_DOCUMENT_TOKEN_TO_BE_REPLACED