You are here: Home / Articles / Parkrun is for everyone 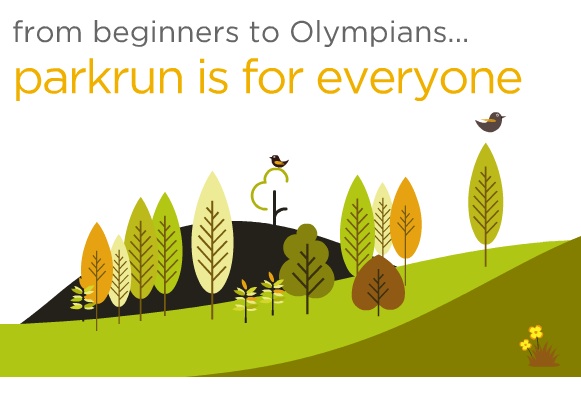 parkrun is a free five-kilometre timed run every Saturday morning in a local park run by volunteers and open to anyone.

The key to parkrun’s success is the timing technology. Runners register online and then print a barcode which is scanned at the end of each run and matched with the runner’s finishing time. All the results are posted online by midday so runners can compare their performance with their friends and against previous times.

parkrun events take place in pleasant parklands, around lush lakes, and along beautiful beach fronts and encourage people of every ability to take part; from those taking their first steps in running to Olympians.

8,500 people are registered parkrunners in Australia, with a parkrun event in Sydney, Melbourne, Brisbane, Gold Coast, Canberra, Perth and Newcastle.

80% of parkrunners in Australia do not belong to a running club.

Founded by Brit, Paul Sinton-Hewitt, parkrun began its journey in 2004 with just 13 runners in a suburban area of London called Teddington. The response was overwhelming and what started as a bunch of mates running a weekly 5km timed running event quickly grew into something much bigger.

Since then parkrun has now snowballed to almost 200 parkrun events with over 450,000 registered members worldwide.

Australian Tim Oberg was based in London for nine years and was immediately captivated by the emergence of parkrun. He sought out and met with founder, Paul Sinton-Hewitt to pitch in the idea of taking parkrun ‘Down Under’ and he hasn’t looked back since.

Funding for the non-profit organisation comes through sponsors such as adidas and local councils.

General Manager of parkrun Australia, Tim Oberg is hoping to launch a new parkrun event throughout Australia each month.

What do you like about Beerwah? The Community Spirit, We've lived here for a long time Its a close to everything, it's close to the … END_OF_DOCUMENT_TOKEN_TO_BE_REPLACED

Meet Teghan from Peachester who is doing some great things in the Performing Arts in Peachester and in the Glass House Mountains, … END_OF_DOCUMENT_TOKEN_TO_BE_REPLACED

Local triathlete Damien Collins is set for an age group win at the 2015 Hawaiian Ironman Triathlon. Damien is a 'local hero' and … END_OF_DOCUMENT_TOKEN_TO_BE_REPLACED

Beerwah.com is always looking for new and fresh content. … END_OF_DOCUMENT_TOKEN_TO_BE_REPLACED