You are here: Home / Articles / Puzzles and Posts from the Forum

Comment: A collection of articles are from the community forum I once had on this website, the forum was depreciated because these days most communication are in the from of Comments, TXT’s, Twitter etc.

Difficulties commuting to the University of Queensland from Beerwah

Hi, Throughout my short time travelling from Beerwah to the University of Queensland & Roma St, I have noticed several issues making it difficult for this transit to be enjoyable.

I don’t need any more bills, and when I dropped of two loads of trash at the Beerwah Recycle Centre / Beerwah Rubbish Tip last week I was annoyed when I got smacked with at $22 charge for each load.

I did a bit of research, and discovered a half hearted article written by the Sunshine Coast Daily, which started off by admitting that Sunshine Coast Residents pay among the highest fees in South East Queensland, and then the article proceeded side with the council and to justify excessive recycling costs.

The Sunshine Coast Readers painted a clearer picture of their public opinion in the survey attached to the article which showed that over 90% of readers felt it was way too expensive or absolute rubbish, but did you notice what they just did there? they split the poll opposition into two categories namely ‘way to expensive’ and ‘absolute rubbish’, these both mean the same thing. For your interest, The Sunshine Coast News Article I’m referring to his here http://www.sunshinecoastdaily.com.au/news/trash-talk-fees-to-go-up/1907059/

I thought I could do a much better job at telling the truth in a few sentences and with a real live show and tell!

Here are the two loads I took to the tip, Much of it was air, and the doors, good solid fire doors were being resold. 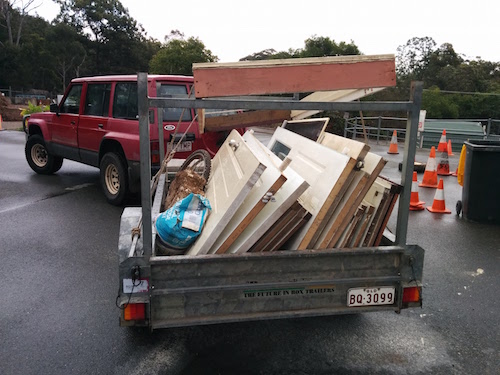 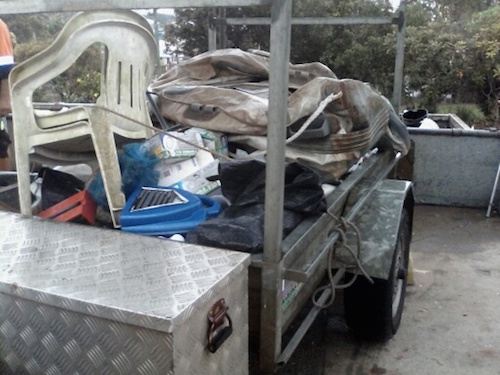 What can we do about it?

I would like to know how you feel about recycling costs?

Beerwah: Would you prefer Bunnings or Masters or Hungry Jacks or McDonalds?

It’s was not long ago that McDonalds made an application to set up in Landsborough and at the time I thought this made a lot of sense from a business and location perspective because Landsborough serves most of the Maleny traffic and also collects passing traffic travelling along the Steve Irwin way.

You know what they say: The three most important things in real estate and Business are location, location, location. so it seemed perfectly natural at the time that McDonalds might have been attracted to Landsborough.

In a few weeks the new Roys Road connection will shorten the journey between Beerwah and the Bruce Highway and Caloundra and it may take as much as 10 to fifteen minutes off the travel time to Mooloolaba, Maroochydore and the Sunshine Coast Towns.

The new Roys Road Connection ought to put the Town of Beerwah firmly back on the Map as a choice location for big business like Bunnings, Masters, Hungry Jacks or McDonalds because it will become the primary link to the coastal towns.

Who knows, it may only be a matter of time before we see one or more of the big 5 names roll into Beerwah.

You might ask “What about Coles?” A Good question my friend! What if Coles, or a part of Coles purchased the old Beerwah RSL?

What could anyone possibly do with the Beerwah RSL ? Mmmm.. lets see now, perhaps a Liquorland or Vintage Cellars or a 1st Choice Liquor outlet?

What do you think, and which would you prefer? 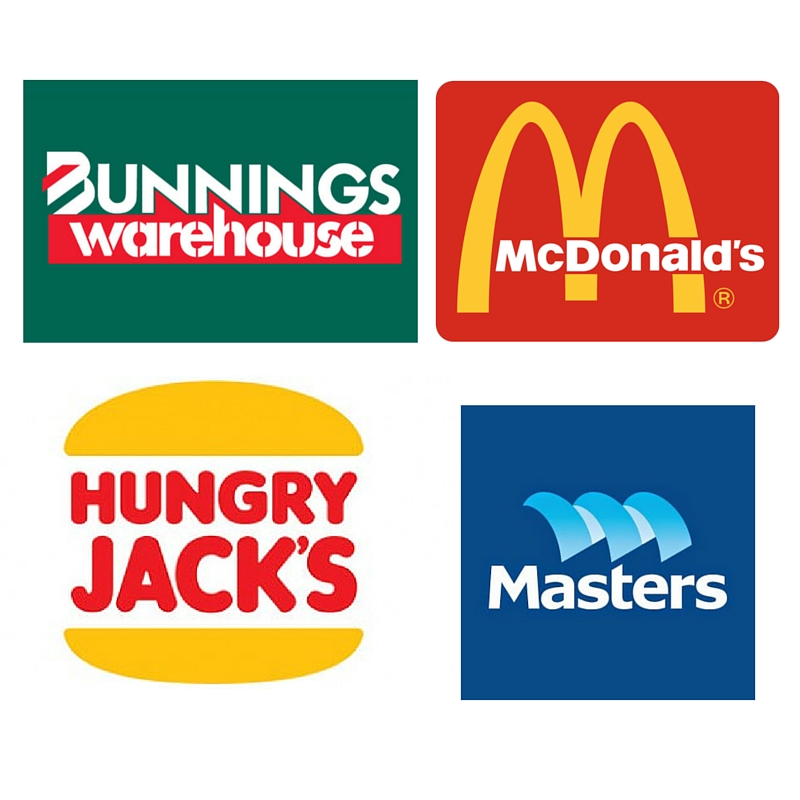 Looking for People to Write about, Do you have any Suggestions?

Hello All, I been running a series called “Meet the Shopkeeper” and I would very much like some suggestions about who to write about,

Ok, now in all seriousness:

That’s all. We can get along right?

These rules are subject to change and aside from these rules there’s always common sense. Just behave. Seriously. Be a good sport.

Julie from V8 Supercuts in Beerwah Julie cutting hair early on Saturday Morning.  Although Jules has been cutting hair in Beerwah for … END_OF_DOCUMENT_TOKEN_TO_BE_REPLACED

If you own your own vehicle and do any work on it yourself,  you've probably have already met Bill from Burson Auto Parts Beerwah. … END_OF_DOCUMENT_TOKEN_TO_BE_REPLACED

Meet Sue (and Oscar) from Pasta D'Vine who for many years have delighted locals with their fresh pasta, delicatessen and sweet … END_OF_DOCUMENT_TOKEN_TO_BE_REPLACED

What do you like about Beerwah? The Community Spirit, We've lived here for a long time Its a close to everything, it's close to the … END_OF_DOCUMENT_TOKEN_TO_BE_REPLACED