You are here: Home / Articles / The Town of Beerwah

The ever-growing town of Beerwah resides in the southern portion of the Sunshine Coast hinterland, which is located in South-East Queensland. It is the local business hub of the area, the small town of Landsborough five kilometres to the north, Glasshouse Mountains township six kilometres to the south and the hamlet of Peachester, approximately ten kilometres to the west. Its current population is a little over two thousand residents.

Beerwah is very easy to find, as it lies along the Steve Irwin Way (known recently as the Glasshouse Mountain Tourist Route), and is serviced by the major north-south railway line connecting Brisbane and Cairns. Probably the most focal point of Beerwah is the huge tourist attraction, Steve Irwin’s Australia Zoo. The fun park is located four kilometres directly north of Beerwah on Steve Irwin Way. Once you sight this, Beerwah is not far away, with access to the right of the highway.

Being situated in the Sunshine Coast hinterland, and particularly the southern area, Beerwah is nestled in the plains that lead to the Glasshouse Mountains. Indeed, Beerwah is silouhetted against this spectacular natural backdrop. The climate here is almost sub-tropical in nature, with mild temperatures most of the year round, even in summer, where it rarely exceeds 30 degrees Celsius. Summer nights are particularly pleasant, the temperature usually resting between 16 and 19 degrees Celsius. The town also enjoys plentiful rainfall, and, of course, has many agricultural industries such as vegetables, tropical fruits, dairying, pineapples and strawberries, but to name a few.

Beerwah is, at the moment, undergoing significant growth that sees no sign of abating in the near future. It is truly the economic hub of the Sunshine Coast’s southern hinterland, and is attracting more people and business concerns every day. Two of the major national supermarket chains have made a name for themselves here, Woolworths and IGA. Both have large outlets with prices of all goods comparable with that of other major towns and cities around the country. In fact, Target and Aldi have plans to build outlets here in the next twelve to eighteen months. There’s even talk of a Westfield Shopping Centre being constructed here within the next five years! Fast food and entertainment chains have also managed to contribute to the local economy too, such as Dominoes, Eagle Boy Pizza, Video Ezy, Video 2000 and Retravision. Locals have also expressed interest in bringing a McDonalds or Hungry Jacks to Beerwah, but, for the moment, neither corporation has indicated any interest in placing outlets in the town.

Large chains and multinational conglomerates though, do not comprise the majority of local commerce in Beerwah. Locally owned and run businesses provide the bulk of goods and services that the town needs and wants. There are wonderful cafes, fruit shops, hairdressers, a tavern and restaurant, a butcher, bakeries, computer and IT service shops, library, doctors, lawyers, golf club, electricians, numerous motels, electronic goods and fixit shop, used cars, clothing and fashion stores, camping gear shop, town pool, vet, nursery, building supplies…well, you get the idea. Most of these businesses can be found near the centre of Beerwah, along Simpson Street and Peachester Road.

Beerwah is also the central hub for schooling in the local area. Students come from as far away as Caboolture, Peachester and Palmwoods to receive their education, particularly high school students. There is one state primary school, one state high school and one private combined primary and high school in the town. Beerwah State Primary School has approximately five hundred students, enrolled in classes from Prep right through to Year 7. Beerwah State High School caters for just over one thousand students, from Year 8 to 12. Finally, Glasshouse Country Christian College, the district’s largest private school, enjoys a population of around four hundred and fifty students, from Prep right up to Year 11, with facilities for Year 12 being added in 2009.

Apart from being an agricultural, commercial and administrative hive of activity, Beerwah is also gaining a well deserved reputation as a tourist playground. It goes without saying that Steve Irwin’s Australia Zoo is one of Australia’s greatest tourist attractions, drawing people in from all over the world. But there are other things to see and do, which are much kinder to the wallet, too. As Beerwah is located just to the east of the famous Glasshouse Mountains, go for a drive in the spectacular country and feast on a very close view of the mountains. All are accessible by road, but, if you want to scale any of them, you’ll need to take your boots. The largest of these, and the closest to Beerwah, funnily enough, is Mt. Beerwah. But beware, these mountains are not for the faint-hearted. You need to be fit and enthusiastic to conquer any of them. Even the intrepid explorer Matthew Flinders had trouble climbing Mount Beerburrum, which is the tamest of the lot!

But the town of Beerwah itself is well worth the time and petrol, as it still maintains a village-like atmosphere, relaxed and clean, with most of the locals being very friendly and accommodating. is it any wonder people are moving here in droves! Despite the influx of people and commerce, Beerwah is sure to remain the beautiful place it is for many years to come. 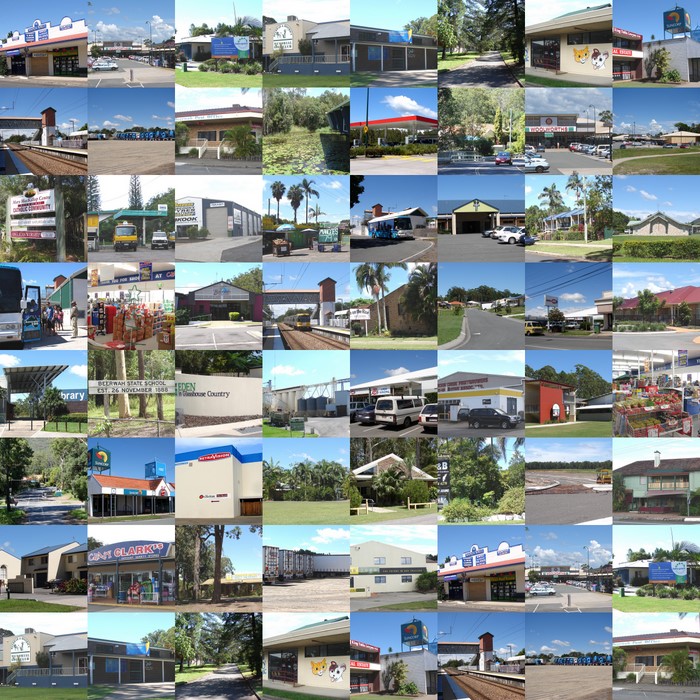 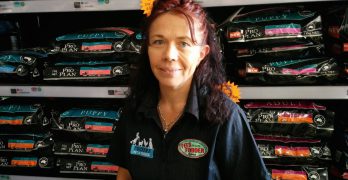 Fleur from Feed and Fodder brings the traditional feel of a "friendly pet shop" to back to Beerwah. Feed and Fodder in Beerwah have … END_OF_DOCUMENT_TOKEN_TO_BE_REPLACED

What do you like about Beerwah, or its adjoining centres for that matter, but this article is about Beerwah, and particularly what it … END_OF_DOCUMENT_TOKEN_TO_BE_REPLACED

Who can fix and improve your Property? Ian the Handyman can! Ian charges $200 a day for building and maintenance work and I can … END_OF_DOCUMENT_TOKEN_TO_BE_REPLACED

Meet Peter and Jo the owners of Aussie Carpets and Vinyl, Sunshine Coast. For everyone who doesn’t know - Aussie Carpets & Vinyl … END_OF_DOCUMENT_TOKEN_TO_BE_REPLACED

Would you like some free advertising for you business or … END_OF_DOCUMENT_TOKEN_TO_BE_REPLACED

What should we write about next? You might have noticed … END_OF_DOCUMENT_TOKEN_TO_BE_REPLACED